The Year of the Snake is out now by Endeavour Media

While mystery has always been a popular genre for readers, historical fiction has also started to trend lately. Ancient Rome and Greece are now the preferred settings for readers. And they are not wrong. Most of us learn so much about these ancient worlds since we have been children, that they are absolutely intriguing to us!

I missed no chance in reading The Year of The Snake when I came into it. Here’s a book that combines some of my favourite things: mystery, cunning and a very well researched historical setting. But let me tell you more about the plot first, and there’s also an interview with the authors afterwards; trust me, you will love what they have to say about it.

Rome in the age of Nero

It’s the first century AD, and Rome is a roaring giant that sleeps fitfully under the guidance of a half-insane Emperor, the infamous Nero. Senator Gaius Lucius Nerva was old, but not unwell enough as to have died of fever and hallucinations. The family is told that it has been a death of natural causes. His favourite slave, and now freeman, Calidus, begs to differ. Certain that this is not the case, he will do anything in his powers to find out the true circumstances of his master’s death.

As he embarks on a journey of finding the murderer, Calidus will find himself in the middle of danger, conspiracy and betrayals. Politics in the Roman Empire is a dangerous game, and if Calidus wants to avenge his master, he will have to tread carefully among the secrets that all powerful people of this city seem to keep. And when the road  to solving this mystery has to go through Nero, the Emperor himself, no one can guarantee the outcome anymore.

But during his quest, Calidus will uncover more secrets than he ever had imagined ; this is not just about his master’s death anymore. What will this brave, intelligent man find out about his own life and the course it has been on? And who can he actually trust during his ventures?

A trip back in time

The Year Of The Snake instantly transports the reader to the grounds of the most powerful ancient empire in the world : Rome. In times of danger, a mentally unstable Emperor and murderers lurking around every corner, you can experience the atmosphere so incredibly well, as if you were there yourself.

But it is not just about the mystery of a man’s death; there are so many background stories to this plot, that it never gets dull or tiring. The characters are carefully constructed, backed by intricately woven backgrounds. It is almost impossible to guess the murder behind this compelling story, and that comes from a reader with a lot of experience in the mystery genre!

An underdog becomes a hero

You have probably heard -or read this- way too many times, but this is a real underdog that transforms into the man that is needed. Calidus, the hero of this conundrum, starts off as a slave; a beloved one, but a slave nonetheless. However, his intelligence and resourcefulness will make him rise from his difficult position and become the hero of the story. This is a devoted and persistent  man. It is incredibly easy to like him and empathise with his turmoil.

The Year of the Snake is a great book for everyone that loves historical fiction, as well as the mystery genre. If you need a good riddle, this is the book for you. People of rank and status plotting against each other is also a plus; who doesn’t like some good, old-fashioned back-stabbing in a mystery book? It is refreshing to read a fast-paced story that holds the reader’s interest to the very last page. The Year of the Snake is a book you won’t be able to put down- and that’s what I call a great success.

I had questions, they had answers!

Do you ever finish a book and feel that you have so many questions you’d love to ask the authors? M.J. Throw and Maryanne Coleman, the authors of The Year of the Snake, have kindly accepted to answer some of mine. Here is what they had to say about a bookworm’s questions:

Where did inspiration for The Year of the Snake come from?

In discussion with Endeavour, we decided on a whodunnit set in ancient Rome. We wanted to create a murder mystery set against a background of a regime where murder was almost the norm.

This is a story that unfolds in ancient Rome, during the dangerous reign of Nero. Do you have a particular love for ancient Rome, or something specifically connecting you to it? Is there something that fascinates you about that particular era?

In the ancient world, the Romans were most like us. They fought hard, played hard and had an arrogance that sometimes defies belief. The early years of the Empire are particularly fascinating, with treachery, murder, rape, incest and all kinds of skulduggery going on in the name of Pax Romana, the Roman Peace. Mei has written two serious factual books on Rome – Boudicca, Warrior Queen and Spartacus, the Myth and the Man, both for the now defunct Sutton Publishing. They are available now from Thistle, in paperback and e-book.

The Year of the Snake is a very well-researched story. How difficult is it to write historically accurate plots?

Writing historical fiction is a minefield. Anything on Rome should of course be written in Latin, but that would make for a very small readership. We both feel very strongly that people in the past experienced the same emotions that we do – love, hope, fear, jealousy, rage etc. The trick is to make characters believable while they are doing what today would be unthinkable/unlikely/illegal! In one sense, the plot writes itself. Nero was a man with no limits, really, and with a man like him, there is no need to make anything up!

The story’s hero, Calidus, is a very intelligent and brave man. Where did you draw your inspiration from while creating the character?

The idea of a clever slave is fascinating and there were a lot of them in ancient Rome; some even became advisors to the Emperor. Calidus means ‘the clever one’ or ‘smartarse’ as we might say today, and we love the way Romans used nicknames as real names – so Julius Caesar is actually Gaius the Curly. We wanted Calidus to be honest and upright without making him a goody two-shoes. Someone like that would not survive long in Nero’s Rome.

Was there a specific character that you found difficult to create?

In some ways, Calidus’ wife was the biggest problem. Contrary to what some people imagine, Carol (Maryanne) doesn’t write the women and Mei the men – we have equal input throughout all of the book, from plot to characterisation. We did toy with making her a crime fighter too, but that was a step too far and also to some extent, a bit of a cliché. We didn’t want a kind of Tommy and Tuppence translated to ancient Rome! So, we had to make her rather anti the whole thing, while keeping her sympathetic. She doesn’t approve of Calidus’ obsession with finding his master’s killer, simply because she fears for his safety. Like many wives, she gets angry because she is frightened, not because she doesn’t love her husband.

What was the process of writing about Nero like? Were you afraid of giving life to a historical figure that is so notorious?

Nero was made to be written about! He is so over the top, the problem (now as then), is to rein him in. What we know about him of course comes from various Roman writers, usually working after his time and believing every bit of malicious gossip because it sells books. We think he would be delighted to know we’re still talking about him nearly two millennia later!

Is there any chance that the book has a sequel? Can we hope that we will meet Calidus again?

We hope that the Year of the Snake is the first of a series. The next one is tentatively titled Year of the Flames and deals with Nero’s performance over the burning of Rome. It will also bring Calidus into contact with early Christians – who were not at all, by the way, Christian!

What are your future writing plans?

More Calidus, certainly. We are coming towards the end of another historical thriller series featuring Kit Marlowe, the Elizabethan spy and dramatist, for Severn House/Canongate and another series with them, the Victorian private eyes Grand and Batchelor, is ongoing. Mei always has history projects/true crime in the pipeline. His next, on the letters relating to Jack the Ripper, will be published by Pen and Sword next year. Carol has a third in a fantasy trilogy always in her head and who knows – perhaps 2018 is the year it will finally get written!

Excited about the book? Follow the link and buy it in E-book format for just 0.99!

The Year of The Snake is out now by Endeavour Media. You can follow all their new publications on Twitter (twitter.com/EndeavourQuill), Instagram (instagram.com/endeavour_media),  or head to their site for more information (endeavourmedia.co.uk ) 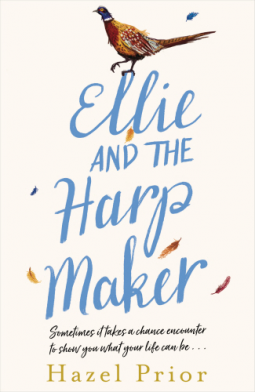 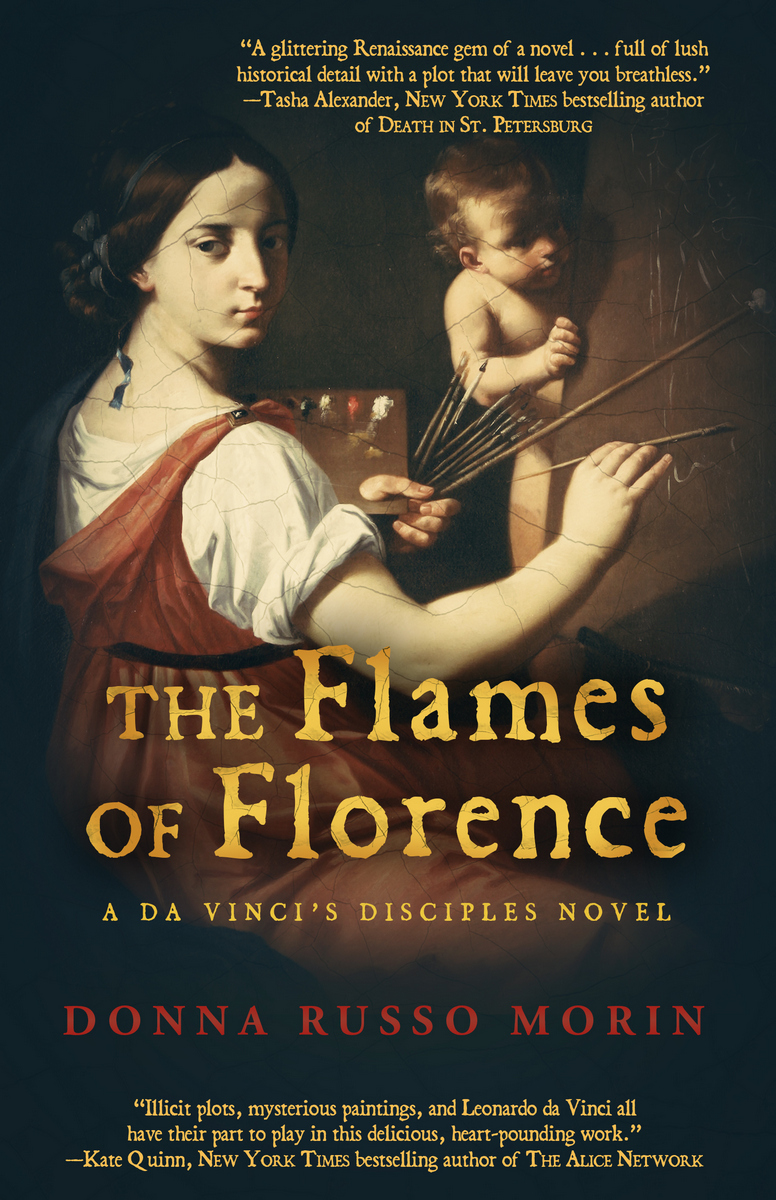 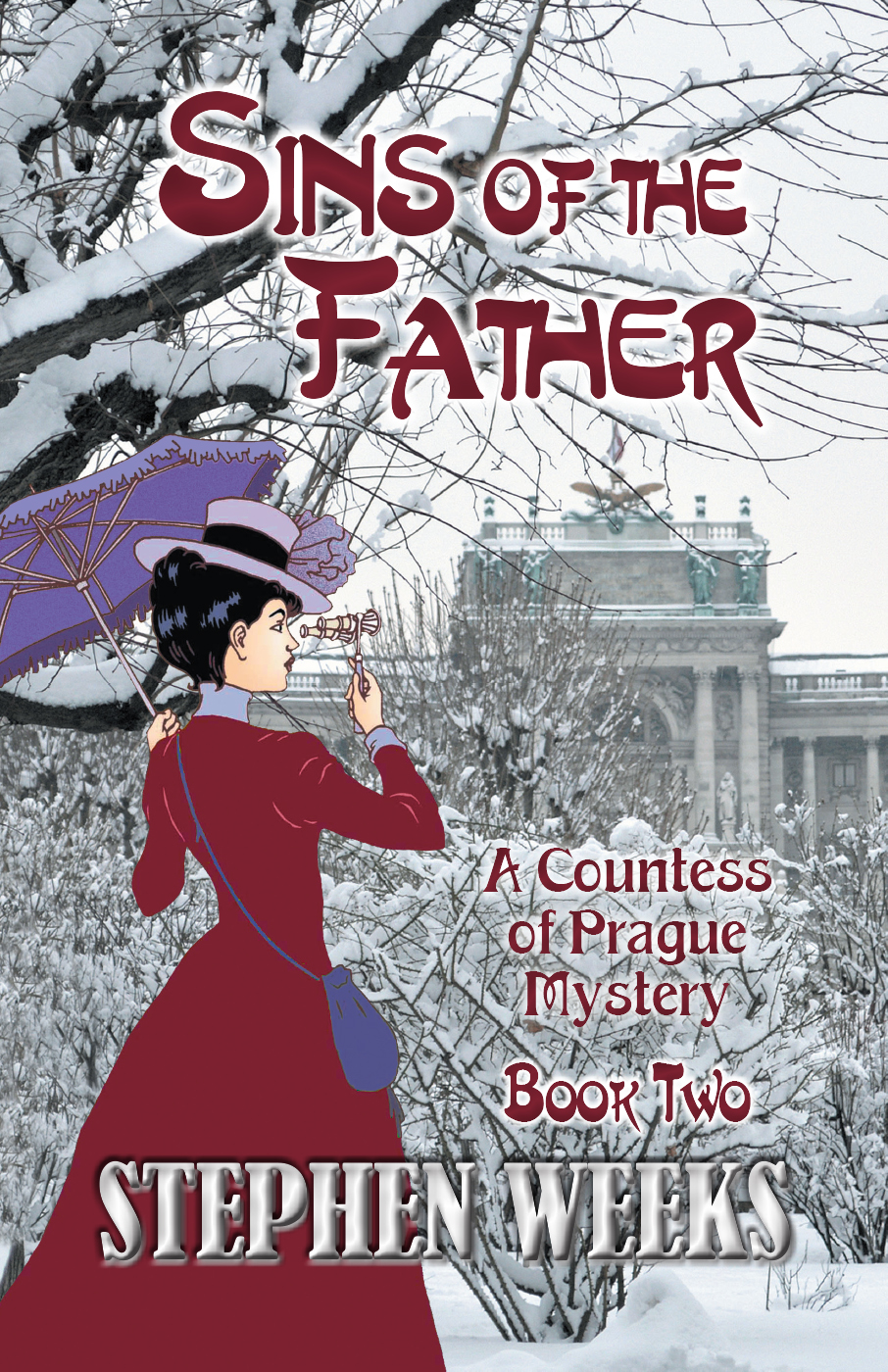 Mystery in the Austrian Empire: Sins of the Father, by Stephen Weeks