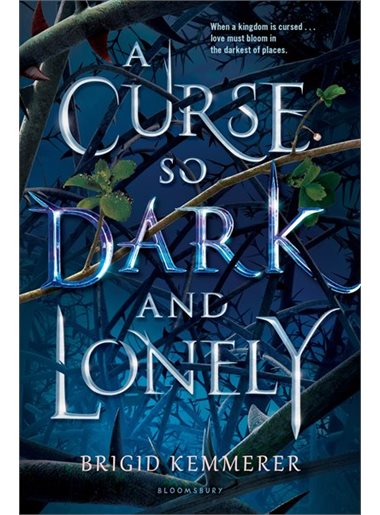 A kingdom suffering because of a cursed Prince.
A young woman with a tough life.
Two worlds apart, that will collide in the most unexpected way.

Prince Rhen has watched his kingdom suffer for too long. The borders of Emberfall are in danger of invasion, and his people are suffering from hunger and long winters. But he can do nothing about it; his own curse is in the way.

Cursed to turn into a savage beast at the end of each fall, he has locked himself in the enchanted castle, with his King’s Guard’s Commander as his only companion. But the two of them have attempted to break the curse hundreds of times, always failing.

Harper has had a tough life in DC. With a father gone, a mother at the brink of death and a brother in trouble, she is not your average adolescent. When circumstances bring her to the Kingdom of Emberfall, she will not stand back and watch the curse ruin everything once again. The Kingdom is in danger. But Rhen now has a unique person beside him. Maybe things can actually change this time.

A Curse So Dark and Lonely is an absolutely thrilling story that will suck the reader in it pages! This could be a thousand-pages-long book and it still would be too short for me. This is a different, unique kind of fairy tale; this is what fairy tales should be like.

The story is lead by strong characters with realistic backgrounds and honest reactions. The plot is constructed in such an intelligent way, that there is always something unexpected coming your way, never letting your attention drop. The story is enjoyable, with witty dialogue and a generous dose of smart humor.

I highly appreciated, as I’m sure other readers will as well, the independent spirit and determination of the female lead. Harper has had many setbacks in her life, but, as Rhen mentions, it is what we do with the cards dealt to us that make the difference. This is an incredibly strong message, especially for younger people.

The ending was definitely not what I had expected. In fact, it was much more interesting than what I had hoped, and open enough so that a second book can come along. I am confident that A Curse So Dark and Lonely will be a great success, and hope for a second book along the way.

I definitely recommend this book to all fans of fantasy and YA; you are going to love this!